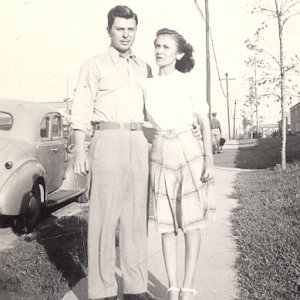 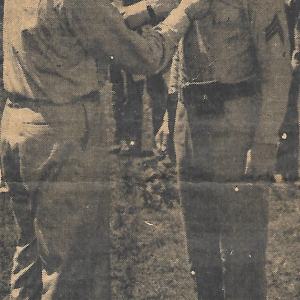 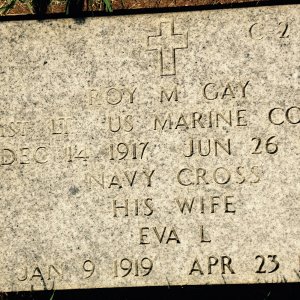 Navy Cross : The President of the United States of America takes pleasure in presenting the Navy Cross to Corporal Roy M. Gay (MCSN: 261502), United States Marine Corps Reserve, for extraordinary heroism and conspicuous devotion to duty as while serving with Company D, FIRST Marine Raider Battalion, during the enemy Japanese attack on Henderson Field, Guadalcanal, Solomon Islands, on the night of 13 and 14 September 1942. While the defensive positions were under heavy attack by strong forces of the enemy, Sergeant Gay, assisted by one other, installed the vital telephone line from the command post to the forward observation post of the Battalion Commander. Although completely exposed to heavy enemy mortar, machine gun and rifle fire, he finished the line and closed the gap in communications, enabling the Battalion Commander to maintain contact with the defending forces. His outstanding courage, skill, and fearless devotion to duty were in keeping with the highest traditions of the United States Naval Service.