Bombs Have No Pity: My War Against Terrorism
by George Styles

Medal of Honor ​
Nha Trang Harbor,South Vietnam 1969 ​
born 27.8.1943 Lincoln,Lancaster County,Nebraska​
entered service Omaha,Nebraska​
Seals 1966-69​
WIA 14.3.1969​
Governor of Nebraska 1983-87​
U.S. Senator for Nebraska 1989-2001 ​
​
The President of the United States of America, in the name of Congress, takes pleasure in presenting the Medal of Honor to Lieutenant, Junior Grade Joseph Robert Kerrey (NSN: 0-720389), United States Naval Reserve, for conspicuous gallantry and intrepidity at the risk of his life above and beyond the call of duty while serving as a SEAL Team Leader for Seal Team ONE during action against enemy aggressor (Viet Cong) forces in Nha Trang Bay, Republic of Vietnam, on 14 March 1969. Acting in response to reliable intelligence, Lieutenant (j.g.) Kerrey led his SEAL team on a mission to capture important members of the enemy's area political cadre known to be located on an island in the bay of Nha Trang. In order to surprise the enemy, he and his team scaled a 350-foot sheer cliff to place themselves above the ledge on which the enemy was located. Splitting his team in two elements and coordinating both, Lieutenant (j.g.) Kerrey led his men in the treacherous downward descent to the enemy's camp. Just as they neared the end of their descent, intense enemy fire was directed at them, and Lieutenant (j.g.) Kerrey received massive injuries from a grenade which exploded at his feet and threw him backward onto the jagged rocks. Although bleeding profusely and suffering great pain, he displayed outstanding courage and presence of mind in immediately directing his element's fire into the heart of the enemy camp. Utilizing his radioman, Lieutenant (j.g.) Kerrey called in the second element's fire support which caught the confused Viet Cong in a devastating crossfire. After successfully suppressing the enemy's fire, and although immobilized by his multiple wounds, he continued to maintain calm, superlative control as he ordered his team to secure and defend an extraction site. Lieutenant (j.g.) Kerrey resolutely directed his men, despite his near-unconscious state, until he was eventually evacuated by helicopter. The havoc brought to the enemy by this very successful mission cannot be over-estimated. The enemy soldiers who were captured provided critical intelligence to the allied effort. Lieutenant (j.g.) Kerrey's courageous and inspiring leadership, valiant fighting spirit, and tenacious devotion to duty in the face of almost overwhelming opposition sustain and enhance the finest traditions of the U.S. Naval Service.​
​
IMAGES:​ 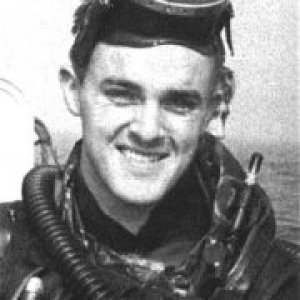 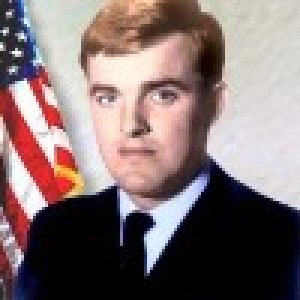