Staff member
McCarthy​
William Arthur​
U.S.N. Seal Team 2​
Boatswains Mate First Class​
​
Silver Star​
South Vietnam 1970​
The President of the United States of America takes pleasure in presenting the Silver Star to Boatswain's Mate First Class William Arthur McCarthy, United States Navy, for conspicuous gallantry and intrepidity in action as a member of Sea-Air-Land Team TWO (SEAL-2), while serving with friendly foreign forces engaged in armed conflict against the North Vietnamese and Viet Cong communist aggressors in the Republic of Vietnam, on 27 September 1970. While serving as point man with SEAL Team TWO, Detachment ALFA, all seven men of his unit were wounded by a mine as they encountered the enemy in a heavily boob-trapped battalion base camp. Petty Officer McCarthy, noting that his wounded patrol leader was in immediate danger of drowning, ignored his own painful wounds and leaped into the canal to drag him to safety. Simultaneously, he took command of the squad and directed them in establishing a defensive perimeter and administering first aid. He effectively ensured concealment of their position from the enemy by ordering the squad to hold fire and remain silent until friendly forces arrived. His quick and decisive actions were directly responsible for saving the patrol leader's life and contributed significantly to preventing the overrun of their position. Petty Officer McCarthy's devotion to duty, courage under fire, exemplary professionalism and outstanding leadership were in keeping with the highest traditions of the United States Naval Service.​ 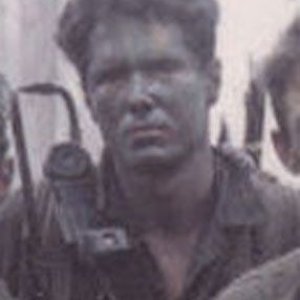