I Was A Stranger
By Sir John Hackett 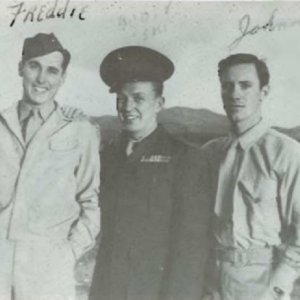 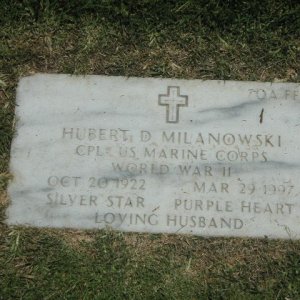 Silver Star : The President of the United States of America takes pleasure in presenting the Silver Star to Private First Class Hubert D. Milanowski (MCSN: 300142), United States Marine Corps, for conspicuous gallantry and intrepidity while serving with the First Marine Raider Battalion against enemy Japanese forces on Guadalcanal, Solomon Islands, on the night of 13 - 14 September 1942. Separated from his Communication Platoon when the positions of his battalion were under severe attack by the Japanese, Private First Class Milanowski, on his own initiative, proceeded with four of his comrades to the front lines and fiercely engaged the enemy in close combat. His great personal valor during this action, in which he was wounded, was in keeping with the highest traditions of the United States Naval Service.