No Mean Soldier
By Peter McAleese

Staff member
Mulheren​
Clarence Coleman,Jr (Mullie)​
U.S.N.R. UDT-3​
Seaman First Class​
​
Bronze Star​
Guam 1944​
born 7.2.1924 Hinton,West Virginia​
died 27.10.2009 Pearisburg,Virginia​
Birchlawn Burial Park,Pearisburg,Giles County,Virginia​
​
Clarence Coleman (Mullie) Mulheren Jr., 85, of Pearisburg, Va., passed away in his home surrounded by loving family and friends on Tuesday, October 27, 2009. Mullie was born on February 7, 1924, in Hinton, W.Va., to the late Clarence Coleman Mulheren Sr. and Ethel Mary Hornbarger Mulheren. Mullie was very proud to have served his country in the Pacific Theater during World War II and the Korean Conflict as a member of Underwater Demolition Team 3, which later became the Navy SEALs. He was awarded the Bronze Star Medal with the Combat "V," Pacific Theater Ribbon, American Theater Ribbon, Victory Medal, and the Korean Presidential Unit Citation. He was made an Honorary Seal in 2002 and served as Honorary Chaplain of the UDT-SEAL Association on Little Creek Base in Virginia Beach. He was the Secretary-Treasurer of UDT 3 and enjoyed attending UDT-SEAL reunions through the years. Mullie was a graduate of Concord College where he played Varsity football and where he met his soul mate and wife-to-be. He was a member of the First United Methodist Church in Pearisburg for 52 years and enjoyed singing in the Chancel Choir all of those years. He served as a lay speaker for church. Mullie was a teacher in physical education and business for 34 years. He was Head of the Business Education Department at Giles High School. Mullie coached football, basketball, cross country, and track. He coached two state championship cross-country teams. Mullie served as a leader for the Fellowship of Christian Athletes at Giles High School. He mentored and encouraged many students and athletes who have kept in touch with him through the years. Mullie served 22 years as Recreation Director for the Town of Pearisburg, where he taught thousands to swim. ​
He was a member of the VFW and the American Legion. He was a 50-year member of the Lions Club where he served many years as secretary. He was a member of Giles Masonic Lodge #106 in Pearisburg and served on the Board of Directors and as Secretary of the Giles Education Association Federal Credit Union. Mullie was Secretary of the Retired Teachers Association. He was also a member of the Auxiliary at Carilion Giles Memorial Hospital. ​
In addition to his parents, Mullie was predeceased by one sister, Helen M. Ney. Surviving Mullie is his beloved and devoted wife, Ann Yeager Mulheren, to whom he was married for 56 years. He is also survived by son, Kelly C. Mulheren, of Mechanicsville; son, M. Patrick Mulheren, of Costa Rica; daughter, Kimberly M. Norton and son-in-law, Raymond J. Norton, of Norfolk; sister, Shirley M. Kincaid, of Manassas; granddaughter, Rachel Mulheren, of Harrisonburg; grandson, John Mulheren, of Blacksburg; granddaughter, Ann Grace Norton, of Norfolk; a special nephew, Clarence Ney and his family; many other family members; and a multitude of friends. ​
Mullie was devoted to God, family, and friends. Funeral services will be conducted 2 p.m. on Saturday, October 31, 2009, at the First United Methodist Church in Pearisburg, Va., with Dr. Brad Scott officiating. Interment will follow at Birchlawn Burial Park in Pearisburg, Va. The family will receive friends Friday evening from 6 to 8 p.m. at the Givens Funeral Home in Pearisburg.​
​ 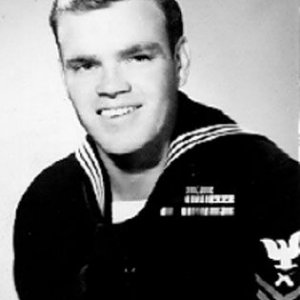