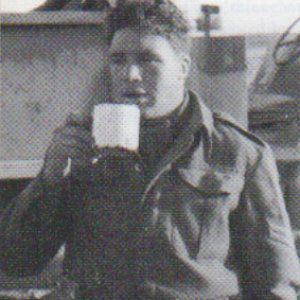 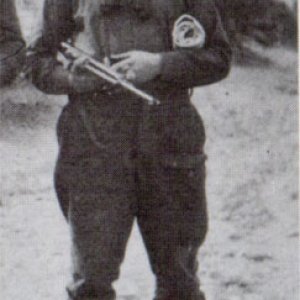 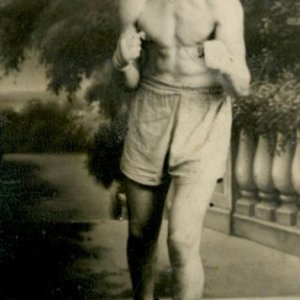 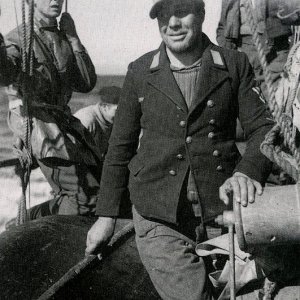 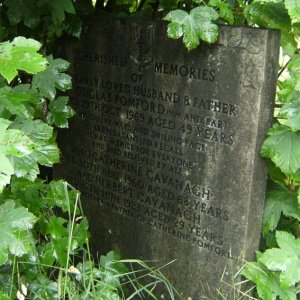 Military Medal (Bar) : For distinguished conduct during Operations on the islands of IOS, AMORGOS and NAXOS.
This Sgt. was the senior NCO of the SBS patrol which, on the night of 26th April 1944, attacked an enemy post in IOS Town. In the close quarter engagement which ensued, this NCO personally accounted for two of the enemy, whilst the remaining three were captured.

The patrol then proceeded to AMORGOS and attacked the W/T Station at KATAPOLA PORT on the night 1st May 1944. This NCO formed part of the assault party under Capt. CLARKE, and was able, under cover of very accurate LMG fire, to get within a few yards of the main door of the building in which the W/T Station was situated. From there, this NCO assisted in putting two M/Gs out of action with grenades and Sub M/G fire. The enemy then attempted to escape out of the house, six were immediately killed by the assault party. This NCO then went forward alone in to the house and ascertained that no further enemy remained inside. The whole patrol then entered, destroyed the electric generator and re-embarked together with a W/T set and all the codes and documents.

On 22 May 1944, during the attack on the German garrison in NAXOS town, this NCO conducted himself with coolness and complete disregard for danger, as a result of which 15 casualties were caused to the enemy without loss.

Throughout all these operations the determination, leadership and example set by this NCO was of the highest order.