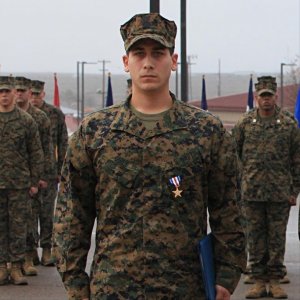 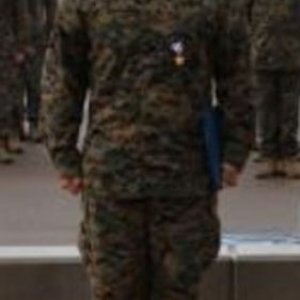 Silver Star : The President of the United States of America takes pleasure in presenting the Silver Star to Hospital Corpsman Second Class Patrick B. Quill, United States Navy, for conspicuous gallantry and intrepidity in action against the enemy as Special Amphibious Reconnaissance Corpsman, Company B, First Marine Special Operations Battalion, U.S. Marine Corps Forces, Special Operations Command, on 11 July 2010 in support of Operation ENDURING FREEDOM. While Petty Officer Quill's unit was conducting coalition operations in Helmand Province, Afghanistan, his element leader was mortally wounded by an improvised explosive device that was initiated by a complex ambush, killing an Afghan commando and wounding another. Hospital Corpsman Second Class Quill was pinned down in an exposed area by machine gun and mortar fire. But upon hearing the radio distress call from his element leader, he unhesitatingly, and without regard for his own life, bounded across 150 meters of open terrain under intense fire to reach his fallen leader. Positioning himself between the wounded Marine and the enemy, he applied tourniquets to the element leader's arm and leg, and emplaced pressure dressings. Unable to carry him because of his injuries, Hospital Corpsman Second Class Quill dragged him 75 meters to the cover of a ditch, and radioed for a medevac. Awaiting the helicopter, he continued to treat the element leader and the other wounded. He and another Marine then carried the element leader 100 meters amid sporadic small arms fire to reach the medevac helicopter, and tirelessly maintained life support measures during the entire flight. By his bold action, undaunted courage, and complete dedication to duty, Petty Officer Quill reflected great credit upon himself and upheld the highest traditions of the United States Naval Service.