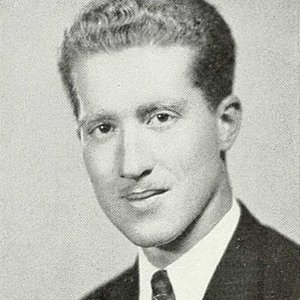 Navy Cross : The President of the United States of America takes pleasure in presenting the Navy Cross to First Lieutenant John A. Sabini (MCSN: 0-14123), United States Marine Corps Reserve, for extraordinary heroism and conspicuous devotion to duty while serving with Company F, SECOND Marine Raider Battalion, Second Marine Raider Regiment (Provisional), FIFTH Marine Amphibious Corps, during action against enemy Japanese forces along the Numa Numa-Piva Trail, Bougainville, Solomon Islands, on 9 November 1943. When his platoon was pinned down by enemy fire from well-concealed emplacements, First Lieutenant Sabini rose from cover and ran back and forth in the rear of his position, shouting at the Japanese in an attempt to draw their fire and discover their location. When the enemy opened fire, wounding him but still not revealing their position, he again rose to his feet and continued to shout until the enemy began laying down heavy fire which wounded him again but also revealed their location. By his courageous act, First Lieutenant Sabini enabled his platoon to attack and drive out a strong force of Japanese. His intrepid leadership and devotion to duty were in keeping with the highest traditions of the United States Naval Service.