War Stories of the Green Berets
By Hans Halberstadt 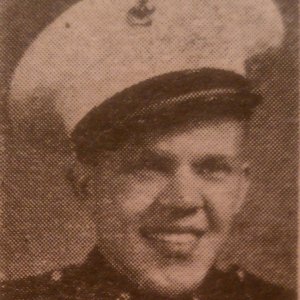 Silver Star : The President of the United States of America takes pleasure in presenting the Silver Star to Private First Class Augustine C. Schlacter (MCSN: 498319), United States Marine Corps, for conspicuous gallantry and intrepidity in action while serving with the First Parachute Battalion, First Marine Parachute Regiment, First Marine Amphibious Corps, during operations against enemy Japanese forces on Bougainville, Solomon Islands, 1 January 1944. When his squad was subjected to withering enemy automatic fire during a vigorous assault against hostile units east of the Torokina River, Private First Class Schlacter unhesitatingly crawled, with another Marine, to within a few yards of a prepared Japanese position and, when there was no further protection, fearlessly rushed the emplacement with pistols and grenades, killing the occupants before he himself was wounded. Private First Class Schlacter's daring initiative and gallant conduct in the face of grave peril were in keeping with the highest traditions of the United States Naval Service.

Silver Star (Gold Star) : The President of the United States of America takes pride in presenting a Gold Star in lieu of a Second Award of the Silver Star (Posthumously) to Corporal Augustine C. Schlacter (MCSN: 498319), United States Marine Corps, for conspicuous gallantry and intrepidity as Group Leader of a rifle Company while serving with the Third Battalion, Twenty-sixth marines, FIFTH Marine Division, in action against enemy Japanese forces on Iwo Jima, Volcano Islands, on 26 February 1945. With his platoon pinned down by intense enemy machine-gun fire from well-concealed, heavily fortified emplacements which had inflicted several casualties, Corporal Schlacter unhesitatingly made his way forward over difficult terrain, hurling several hand grenades into the emplacement, and working his way close enough to the strong point to set off a demolition charge which silenced the enemy and enabled the platoon to advance to its objective. Mortally wounded by Japanese machine-gun fire during a second courageous attack against a hostile position, Corporal Schlacter, by his cool courage and indomitable fighting spirit, had contributed immeasurably to the success of his company's mission on this island and his unwavering devotion to duty was in keeping with the highest traditions of the United States Naval Service. He gallantly gave his life for his country.