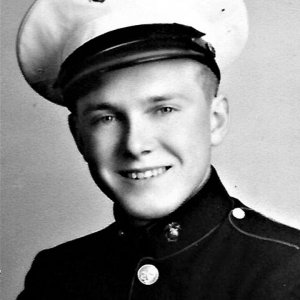 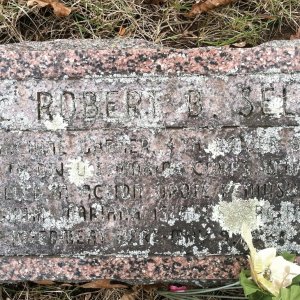 Navy Cross : The President of the United States of America takes pride in presenting the Navy Cross (Posthumously) to Private First Class Robert B. Selby (MCSN: 455383), United States Marine Corps Reserve, for extraordinary heroism and devotion to duty while serving with the Second Battalion, Fourth Marines (Reinforced), First Provisional Marine Brigade, in action against enemy Japanese forces at Guam, Marianas Islands, on 27 July 1944. Mortally wounded by fire from a concealed enemy machine gun while proceeding down a trail through extremely hazardous and densely wooded terrain, Private First Class Selby struggled to his feet and, with superb courage, deliberately exposed himself to the enemy so that other members of his squad could locate the hostile weapon, deploy and take cover. By his great personal valor, his daring aggressiveness and decisive action in voluntarily sacrificing his life for others, Private First Class Selby enabled his comrades to locate and demolish the enemy position, and his valiant devotion to duty was in keeping with the highest traditions of the United States Naval Service. He gallantly gave his life for his country.