The Greatest Raid of All
By C E Lucas Phillips

Leading the Way to Arnhem: An Illustrated History of the 21st Independent Parachute Company 1942 to 1946
By Peter Gijbels & David Truesdale 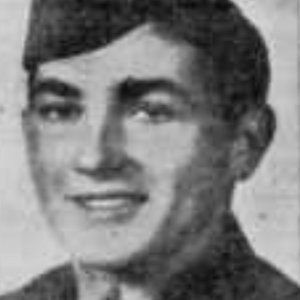 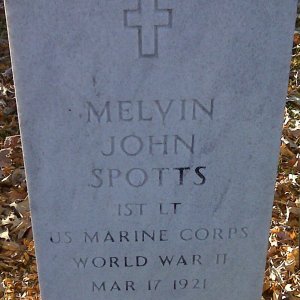 Navy Cross : The President of the United States of America takes pleasure in presenting the Navy Cross to Second Lieutenant Melvin John Spotts (MCSN: 0-27615), United States Marine Corps, for extraordinary heroism while attached to Company K, Third Battalion, Second Marines, SECOND Marine Division, during operations against enemy Japanese forces on Tinian, Marianas Islands, 4 August 1944. Leading a patrol along enemy-held cliffs to clear out caves and outposts of hostile resistance, Second Lieutenant Spotts safely extricated his men when fired upon by the Japanese. Although partially blinded by a land mine which was thrown from one of the caves and exploded in the midst of the patrol, he succeeded in leading his men to a place of safety, personally directing the evacuation of two members who had sustained serious wounds. His professional skill, courage and devotion to duty upheld the highest traditions of the United States Naval Service.