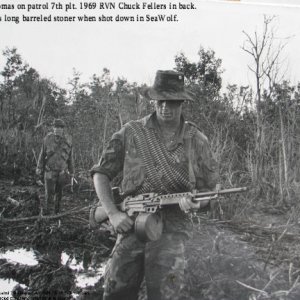 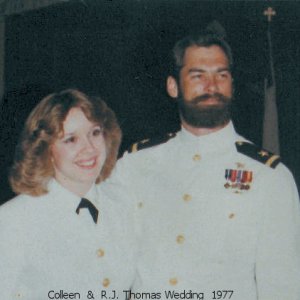 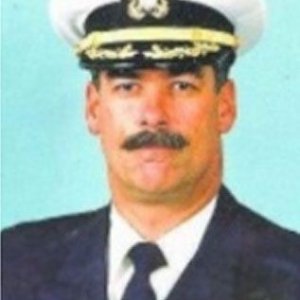 The President of the United States of America takes pleasure in presenting the Navy Cross to Radarman Second Class Robert J. Thomas (NSN: 6887315), United States Navy, for extraordinary heroism on 23 March 1969 while serving with Sea-Air-Land Team TWO (SEAL-2), Detachment ALFA, Seventh Platoon, during combat operations against communist aggressor forces in the Republic of Vietnam. Embarked in a Seawolf helicopter on a visual reconnaissance and strike mission on Da Dung Mountain near the Cambodian border when the aircraft was struck by enemy ground fire and crashed in an exposed rice paddy, Petty Officer Thomas was thrown from the wreckage, sustaining multiple injuries. Fighting off the stunning effects of shock, he immediately moved to the aid of the helicopter crewmen who were still in the burning aircraft. Despite the intense flames and the heavy gunfire from both the mountain and a nearby tree line, Petty Officer Thomas managed to remove one of the crewmen to safety and, with the aid of another man who had been dropped onto the site by an accompanying helicopter, succeeded in freeing the trapped pilot from the flaming cockpit. Petty Officer Thomas then made a gallant attempt to rescue the two remaining men trapped beneath the twisted metal, discontinuing his efforts only when driven back by the exploding bullets and rockets of the burning helicopter. After moving the two previously rescued men to a greater distance from the crash site, Petty Officer Thomas realized that Viet Cong troops were steadily advancing on his position. He selflessly threw himself upon the body of one of the wounded men and began returning the enemy fire. His deadly accuracy accounted for at least one enemy dead and held the aggressors at bay until an Army rescue helicopter landed. By his valiant efforts and selfless devotion to duty while under hostile fire, Petty Officer Thomas upheld the highest traditions of the United States Naval Service.
Last edited by a moderator: Sep 17, 2020