To D-Day And Back: Adventures With The 507th Parachute Infantry Regiment And Life As A World War II POW: A Memoir
By Bob Bearden

Operation Garbo: The Personal Story of the Most Successful Spy of World War II
By Juan Pujol Garcia, Nigel West 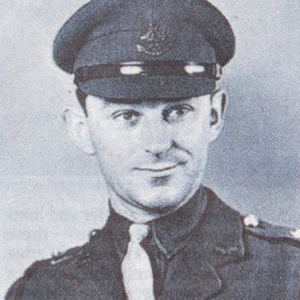 Military Cross (Bar) : Major Walter's company was given the difficult task of a long night march to the rear of a vital feature known as Cap Badge. At first light on 5th May 1964, the company was still on the ground short of the objective, but Major Walter pressed on vigorously. Approaching the foot of the feature the company encountered and were engaged by a group of at least sixty dissidents in strong positions -including fortified houses. Under Major Walter's leadership the company immediately attacked and defeated the dissidents, driving them out of their positions, killing at least twelve and wounding more. Major Walter personally took part in an assault on the main fortified house.

Though the enemy had been defeated some of them got into sniping positions in the hills above, inflicting casualties on the company. Major Walter quickly reorganised the company in the nearby village and fortified houses and engaged and silenced the snipers.

To avoid further casualties he was ordered to keep the company in the village until relieved from the high ground above. Until relieved he continued to control the fire of his company and to direct strike aircraft to neutralise the enemy.

Major Walter showed great resolution, leadership and dash in pressing on towards his objective and in attacking and defeating the enemy in their strong positions. Throughout the action he remained calm, and his general conduct led to an important victory over this group of dissidents.