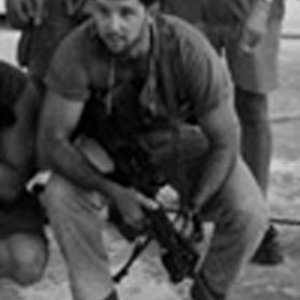 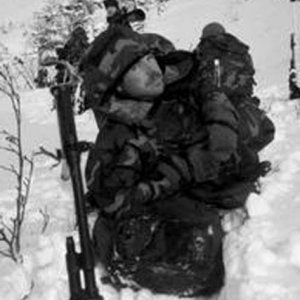 Silver Star : The President of the United States of America takes pleasure in presenting the Silver Star to Hull Technician First Class Howard E. Wasdin, United States Navy, for conspicuous gallantry and intrepidity in action against a hostile force during Operation UNOSOM II in Mogadishu, Somalia, on 3 and 4 October 1993. Petty Officer Wasdin was a member of a security team in support of an assault force that conducted an air assault raid into an enemy compound and successfully apprehended two key militia officials and twenty-two others. Upon receiving enemy small arms fire from numerous alleys, Petty Officer Wasdin took up a firing position and returned fire. As he assaulted down the alley with members of his unit, he was wounded in the calf. Upon receiving combat field condition medical attention, he resumed his duties and continued to suppress enemy fire. As his convoy exfiltrated the area with the detainees, his element came under withering enemy fire. Petty Officer Wasdin, along with the security team, stopped to suppress enemy fire which had pinned down the Ranger Blocking Force. Although twice wounded, he continued to pull security and engage a superior enemy force from his vehicle. Later, while attempting to suppress enemy fire during an attempted link up for an evacuation of a helicopter crash site, Petty Officer Wasdin was wounded a third time. His gallant efforts and refusal to quit despite being wounded on three occasions inspired his team members as well as the entire force. By his superb initiative, courageous actions, and complete dedication to duty, Petty Officer Wasdin reflected great credit upon himself and upheld the highest traditions of the United States Naval Service.

Down Range: Navy SEALs in the War on Terrorism
By Dick Couch