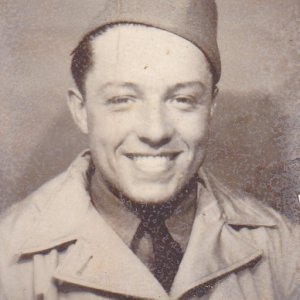 Silver Star : The President of the United States of America, authorized by Act of Congress July 9, 1918, takes pleasure in presenting the Silver Star to Technical Sergeant [then Staff Sergeant] Charles T. Zofay (ASN: 12050980), United States Army, for gallantry in action on 13 March 1944, seven miles from ****, Italy. Technical Sergeant Zofay, leader of the machine gun section of Headquarters Company, 2d Battalion, 504th Parachute Infantry Regiment, 82d Airborne Division, during a severe assault by superior German forces, left his shelter and moved from gun to gun, directing and correcting the fire. Painfully wounded while moving over open ground, Technical Sergeant Zofay, with complete disregard for his own safety, refused to be evacuated and coolly and courageously continued to direct fire of his guns until the assault was checked. The accurate fire of his guns was a key factor in repelling one of the bitterest assaults of the campaign. The devotion to duty of Technical Sergeant Zofay was in keeping with the highest traditions of the Airborne Forces.

Fierce Valor: The True Story of Ronald Speirs and his Band of Brothers
By Jared Frederick & Erik Dorr