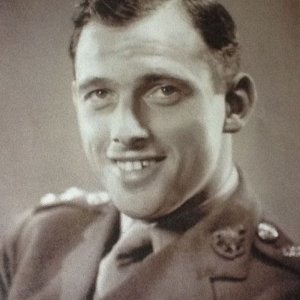 ​
During the period under review [16 February to 15 May 1945] Capt. M.A.J. Budd operating continuously with clandestine small patrols behind in the RAMREE & TAUNGUP ? SANDOWAY areas has provided a constant flow of valuable information regarding enemy concentrations and movement. On one occasion knowing that the enemy were aware of his presence behind their lines and were hunting him, he remained and completed his task and then succeeded in withdrawing his patrol without loss. Throughout Capt. Budd has performed his duties with unfaltering steadfastness and without personal regard, displaying a standard of courage and devotion to duty of a high order. I strongly reccomend him for the award of the Military Cross. ​
Last edited by a moderator: Mar 8, 2021
L

A plaque commemorating Maurice Budd is to be dedicated in the Allied Special Forces Memorial Grove at the National Memorial Arboretum in Alrewas. The service will take place in the Grove on Saturday 13th October 2012 at 11.30am. Please feel free to join Maurice's family in this celebration of his service to his country.
Share:
Facebook Twitter Reddit Pinterest Tumblr WhatsApp Email Share Link
Top