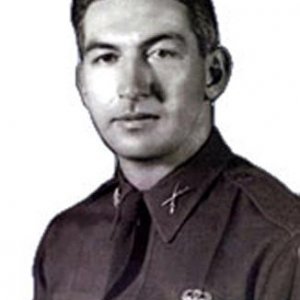 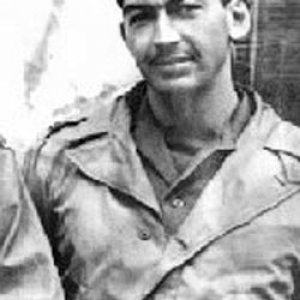 ​
COL (Ret) THOMAS R. CROSS​
Atlantic Beach, FL​
Fleet Landing Resident COL (Ret) Thomas R. Cross, who turned 101 on February 1st, passed away on July 3, 2020. Tom was a loving husband, father, grandfather and great grandfather who will be fondly remembered.​
​
Tom saw his first military duty at the summer encampment of the 115th Cavalry Regiment of the Wyoming National Guard in 1939. Part of his weapon's qualification entailed firing a 45 caliber pistol over a horse's head at a full gallop. In 1941 he received a Reserve Officers Commission and reported to the 29th Infantry Regiment at Ft. Benning, GA. He received a Regular Army Commission in 1942.​
​
Tom began his airborne career as a company commander in the 517th Parachute Infantry Regiment at Camp Toccoa, GA. He was promoted to Major and served as Battalion Executive Officer in the 2nd Bn, 517th PIR during the regiment's WWII combat jump into Sothern France as part of Operation Dragoon. The Regiment's mission was to disrupt the Germans and prevent their reinforcement of the beaches being assaulted by the allied invasion force. Despite having broken his ankle in the jump, Colonel Cross led approximately 200 paratroopers to their objective while under constant fire. Following recovery from his injury, he rejoined his unit at the outset of the Battle of the Bulge. He was severely wounded and evacuated to England. Upon recovery, he rejoined the 517th PIR and assumed command of the 3rd Bn, 517th PIR until the end of hostilities in Europe.​
​
It is likely Tom was the last surviving commander of an airborne infantry battalion from WWII. He was 26 years old at the time. He was proud to have served in all five of the U.S Army's past and present Airborne Divisions – the 82nd, 101st, 11th, 13th and 17th.​
​
One of the most memorable assignments of his 30 year Army career was as Parachute Maintenance Officer of the 11th Airborne Division during 1948-1950. He had the opportunity to serve with several members of the original U.S. Army Airborne Test Platoon as well as other highly decorated Airborne WW II veterans. It was at this time COL Cross developed a great respect for the dedication, expertise and responsibilities embodied in the paratroopers serving as U.S. Army Airborne Riggers. He was extremely proud to have recently been inducted into the U.S. Army Parachute Rigger Hall of Fame at Fort Lee, Virginia. The Hall of Fame was later named in his honor.​
​
Tom commanded the U.S. Army Basic Training Center at Fort Bragg, NC just prior to his retirement. He then enjoyed a second career with the State of North Carolina eventually serving as the Assistant Secretary for Administration in the Department of Transportation.​
​
Tom was preceded in death by his loving wife Bette and daughter in law, Kerry. He is survived by his children Thomas R. Cross, Jr (Christina), Mary Cathryn Cross (Jim), Wayne Clifton Cross, four grandchildren, Dustin Umberger (Chau), Cassie McIntyre (Dan), Courtney Voigt (Jake) and Thomas Cross (Morgan) and six great grandchildren, Bette, Logan, Charlotte, Caroline, Thomas and Sawyer.​
Tom leaves a beloved and highly dedicated staff of caregivers led by Ricky Richards for the past 10 years.​
​
Tom and Bette will be buried at Arlington National Cemetery at a later date. There they will join his brother, COL Richard E. Cross (Lilo), parents, MG Thomas J. Cross and Edna Cross and father in law, MG Wayne C. Zimmerman (Ruth and Ruby). Source : LEGACY​