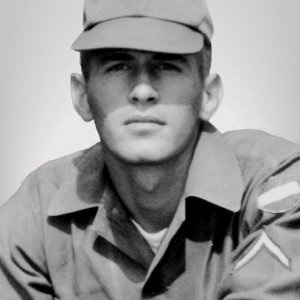 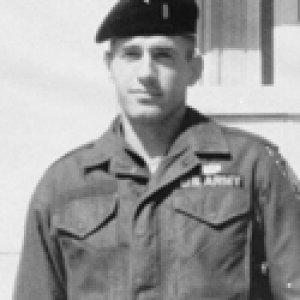 Distinguished Service Cross : The President of the United States of America, authorized by Act of Congress, July 9, 1918 (amended by act of July 25, 1963), takes pride in presenting the Distinguished Service Cross (Posthumously) to First Lieutenant (Infantry) John J. McHugh (ASN: 0-5331478), United States Army, for extraordinary heroism in connection with military operations involving conflict with an armed hostile force in the Republic of Vietnam, while serving with Detachment B-22, Company B, 5th Special Forces Group (Airborne), 1st Special Forces. First Lieutenant McHugh distinguished himself by exceptionally valorous actions on 30 January 1968 while serving with the Special Forces. A large force of Viet Cong and North Vietnamese Army soldiers had taken control of the Qui Nhon radio station complex, and he was making a reconnaissance of their activity. While moving to an advantageous position for observation, he was wounded by fragments from an enemy hand grenade. Refusing to seek medical treatment, he recruited a small force of Vietnamese soldiers from the streets and led an attack through a hail of bullets over a wall into the radio station compound and gained control of one of the buildings. Intense enemy fire wounded him again and, realizing that his troops could not hold their positions much longer, he withdrew to rally reinforcements. After gathering another small force, Lieutenant McHugh launched a second attack on the enemy-held complex. Despite being wounded a third time, he continued leading his gallant assault and seized the ground floor of the radio station. He then returned through savage hostile fire to the streets to solicit more assistance in routing the insurgents. While performing this task, he was intercepted by a medical recovery team and evacuated. First Lieutenant McHugh's extraordinary heroism and devotion to duty were in keeping with the highest traditions of the military service and reflect great credit upon himself, his unit, and the United States Army.
Last edited by a moderator: Sep 14, 2021

The Giant Killer
By David A. Yuzuk