Forgotten Voices of the Secret War: An Inside History of Special Operations in the Second World War
By Roderick Bailey 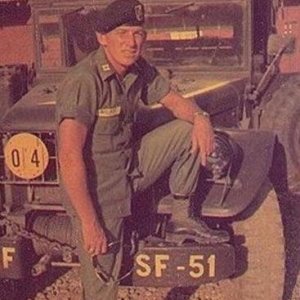 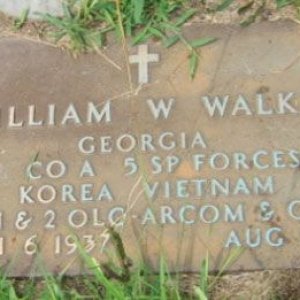 Distinguished Service Cross : The President of the United States of America, authorized by Act of Congress, July 9, 1918 (amended by act of July 25, 1963), takes pride in presenting the Distinguished Service Cross (Posthumously) to Captain (Infantry) William Wayman Walker, United States Army (Reserve), for extraordinary heroism in connection with military operations involving conflict with an armed hostile force in the Republic of Vietnam, while serving with Detachment B-33, Company A, 5th Special Forces (Airborne), 1st Special Forces, in Southeast Asia. Captain Walker distinguished himself on 8 August 1970, by his actions at the scene of an allied helicopter gunship crash deep in enemy controlled territory. While Captain Walker and his companions approached their area of operations for an impending mission, he observed a nearby gunship crash into a marshy area after being hit by enemy fire. Immediately, Captain Walker's aircraft landed a short distance from the flaming wreckage and the captain ran to aid the injured crew. Soaking himself in the surrounding marsh water so that he could bear the intense heat, he worked feverishly until he freed one injured crewman and carried him to safety. Then, fully aware of the danger from the aircrafts burning ammunition and rockets, he returned in an attempt to free the other casualties. While desperately attempting to remove the pilot, one of the aircraft's rockets exploded and mortally wounded Captain Walker. Captain Walker's extraordinary heroism and devotion to duty, at the cost of his life, were in keeping with the highest traditions of the military service and reflect great credit upon himself, his unit, and the United States Army.
Last edited by a moderator: Jan 23, 2021

No Guts, No Glory
By Jim Bolen