Fighting for Queen and Country: One Man's True Story of Blood and Violence in the Paras and the SAS
By Nigel Ely 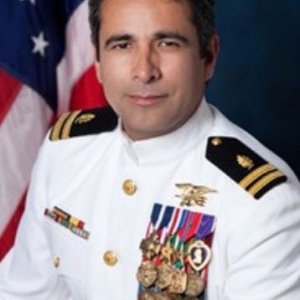 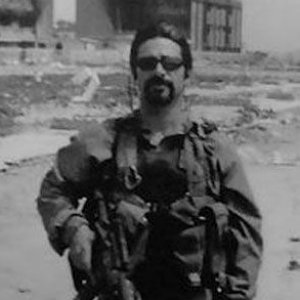 Navy Cross : The President of the United States of America takes pleasure in presenting the Navy Cross to Lieutenant Mark L. Donald, United States Navy, for extraordinary heroism as Medical Officer assigned to a Joint Operational Unit conducting combat operations against Al Qaida and Taliban enemy forces in support of Operation ENDURING FREEDOM, in October 2003. Lieutenant Donald was part of a multi-vehicle mounted patrol ambushed by extremely heavy fire from rocket-propelled grenades and small arms. When two rocket-propelled grenades exploded immediately in front of his vehicle, Lieutenant Donald exited the vehicle and began returning fire. While under heavy and continuous machine gun fire he pulled the wounded Afghan commander to relative safety behind the vehicle's engine block. He left his position, completely exposing himself to the small arms fire, and pulled a wounded American trapped behind the steering wheel to cover behind the vehicle. He covered the wounded with his own body while returning fire and providing care. In the process, multiple bullets passed through his clothing and equipment. Identifying wounded Afghan personnel in the two lead vehicles, Lieutenant Donald moved to their aid under heavy fire and began medical treatment. After treating the wounded, he took charge of an Afghan squad in disarray, deployed them to break the ambush, and continued to treat numerous critically injured personnel, while arranging for their prompt medical evacuation. That afternoon, while sweeping an area of earlier action, a U.S./Afghan element was ambushed by a platoon-sized enemy force near Lieutenant Donald's position. Knowing personnel were gravely wounded, Lieutenant Donald without hesitation and with complete disregard for his own safety ran 200 meters between opposing forces exposing him to withering and continuous heavy machine gun and small arms fire to render medical treatment to two wounded personnel, one Afghan and one American. He placed himself between the casualties and the extremely heavy enemy fire now directed at him and began emergency medical treatment. Still under intense enemy fire, wounded by shrapnel, and knowingly within dangerously close range of attacking U.S. Army AH-64 Apache helicopter rockets, he organized the surviving Afghan soldiers and led a 200 meter fighting withdrawal to friendly positions. Lieutenant Donald coordinated the medical evacuation of wounded soldiers and withdrew overland back to base before treating his own wounds. By his heroic display of decisive and tenacious leadership, unyielding courage in the face of constant enemy fire, and utmost devotion to duty, Lieutenant Donald reflected great credit upon himself and upheld the highest traditions of the United States Naval Service.

Silver Star : The President of the United States of America takes pleasure in presenting the Silver Star to Lieutenant Mark L. Donald, United States Navy, for conspicuous gallantry and intrepidity in action while assigned to a joint operational unit conducting combat operations against Al Qa'ida and Taliban forces in support of Operation ENDURING FREEDOM. In November 2003, Lieutenant Donald was part of a multiple vehicle mounted patrol caught in an ambush by extremely heavy rocket-propelled grenades and small arms fire. The vehicle immediately in front of Lieutenant Donald's was disabled by enemy fire, trapping his vehicle in the kill zone. Lieutenant Donald exited his vehicle and immediately provided covering fire for the rest of his team members as they exited the vehicle. He took charge of the Afghan soldiers from two stopped vehicles, organized them while under enemy fire, and directed their effective fire against the ambushers. He coordinated the extraction of the trapped patrol members with the rest of the patrol, and provided covering fire as they trapped Afghan soldiers re-mounted the vehicles. Under extremely heavy enemy machine gun fire, Lieutenant Donald placed himself in the driver's seat of the lead vehicle. Despite a rapidly increasing volume of enemy fire, Lieutenant Donald led the trapped soldiers 300 meters out of the kill zone to a position of cover. He then coordinated covering fire and led a further movement under enemy fire to a position of relative safety. Lieutenant Donald immediately began emergency medical care for a wounded Afghan soldier and arranged prompt medical evacuation. By his heroic display of decisive leadership, unyielding courage in the face of constant enemy fire, and utmost devotion to duty, Lieutenant Donald reflected great credit upon himself and upheld the highest traditions of the United States Naval Service.